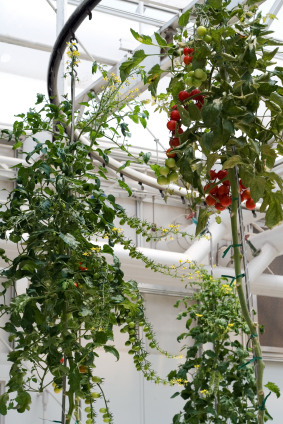 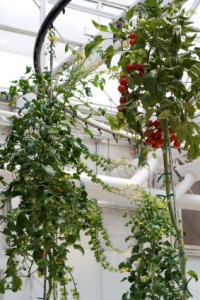 A Brief Look Into Aeroponic Gardening

First, it takes less water and fewer nutrients to raise the plants. The small size of the mist droplets allows the plants to take up water and nutrients in a much more efficient manner.

Second, plants avoid pathogens that are typically found in the soil so you lose less harvest to disease. It is also much easier to notice any plant that does become diseased in its root system and remove it before it spreads to other plants.

Pathogens don’t spread as fast either because they are suspended in air, not in the watered dirt. Third, it takes far less energy to raise an aeroponic garden. This is why NASA is so interested in this method as a potential way to raise food where energy will be limited in space travel and in space stations on Mars and potentially elsewhere. In fact, this is where the funding for much of the research into aeroponic gardening comes from and why it has received so much attention. Fourth, the plants receive more oxygen than when they are partially buried in soil and soaked in water which can become depleted of oxygen.

While there are many advantages to aeroponic gardening, there are also some disadvantages. The biggest disadvantage has to be the initial cost to get started.

The equipment needed is much more expensive than hydroponic gardening equipment. Also, if the equipment becomes contaminated with minerals, this can very quickly affect the plants, often resulting in widespread loss of harvest. The equipment is also power dependent so a loss in power can mean a loss of plants, whereas in traditional gardening this is not usually a problem.

The disadvantages listed above tend to make it easier to do aeroponic gardening on a commercial scale rather than a home scale. However, there are private aeroponic gardeners who swear by this method and get very good results.

Home aeroponic gardeners can grow their plants indoors during any season of the year, sometimes getting as many as four different harvests of “summer” vegetables like tomatoes a year. There is the added health benefit of the aeroponic plants releasing copious amounts of fresh oxygen into the home as they grow. This is a wonderful benefit for those with respiratory problems.

Growing aeroponic vegetables indoors means too that they are ready for harvest seconds before you cook with them or eat them raw. This ensures the maximum macro and micronutrient density and quality, as well as a fresh live enzymatic activity when you eat them raw. Plus, once you have the system set up and you have learned the technique, the cost of producing your own super healthy food is very low compared to any other method of obtaining fresh vegetables.

Some gardeners and scientists believe that aeroponic methods are superior to traditional soil-based growing methods. It is certainly true that with aeroponics, you have much more precise control over how much nutrient is delivered and in what ratios.

You are also in far more control over all other environmental variables such as temperature and sterility. Some plants, such as certain varieties of tomatoes, have been shown to grow much faster using aeroponic methods.

More Aeroponic Gardening Via The Net:

These Aeroponic Gardens Are Transforming Schools and Homeless Shelters In Los Angeles. KCET. Growing your food is a lot better than buying it from a market because they spray it with pesticides or something that could harm us or harm the plant and not make it grow as well Sierra Madre Middle School student Elizabeth Nazaros says. The rest.… read on……………………

In conclusion, aeroponic gardening techniques have many interesting and useful advantages over traditional gardening. Moreover, these techniques are still being experimented with and may become more of a mainstay in the not so distant future.

John E has been an internet marketer for several years now and enjoys researching, writing, and showing off with several websites from gardening, health, and prepping. He has an education in internet marketing, horticulture, and general contracting. He also enjoys sharing his knowledge with all those who are willing to visit his sites.

Hydroponics DIY is a participant in various associate programs. These affiliate advertising programs are designed to provide a means for sites to earn commissions by advertising and linking to various other sites that offer their particular ‘tools of the trade’.